One of the cancer survivor blogs I came across shortly after my diagnosis was Linnea Olson's Outliving Lung Cancer. I found it by googling, as I often do, "surviving stage IV lung cancer." I had seen all the terrible prognosis data, and by that point had resigned myself to believing I had maybe about 18 months, at best, left on earth and that the remaining days weren't going to be pretty. Then I found Linnea's blog. She'd been diagnosed with lung cancer in 2005 and was still kicking around the planet a dozen years later! And so much had happened in her very full life during those years -- raising kids, getting a divorce, moving into an artists' community. I clicked through her posts the way a choco-coffeeholic pops chocolate-covered espresso beans. How could this be? How could someone with Stage IV lung cancer be alive so many years after diagnosis? What magic was at work here?

As it turned out, it wasn't magic, exactly, but science. Doctors had been able to identify a genetic driver for Linnea's cancer, the ALK gene rearrangement. That was in the early days of targeted therapies, and after surgery and some failed therapy, Linnea became Patient #4 in a Phase I study of crizotinib. The new experimental drug (the one I am currently on, which is now considered standard of care) kept her cancer in check for several years. Since then, she's moved on to some chemo and other targeted therapies. Just as she was becoming resistant to one therapy, another became available. In other words, Linnea is living proof that we are truly each day on the cusp of possibility in cancer treatment.

My despondency began to lift. I started to believe that a lung cancer diagnosis did not have to be an immediate death sentence.

Now Linnea is a 13-year survivor, an "outlier" by late-stage lung cancer standards. She wrote recently about forgetting to observe her cancerversary, and what a great feeling it was to realize the day had passed like any other normal day: Thirteen Boffo Years and Counting. And here's a link to a great article about the state of research, Targeting Cancer, featuring Linnea.

We are repeatedly told that "each patient's cancer is different" and that our responses to treatment will vary due to all sorts of factors. For some of us, nothing will work. For others, something works, but not that well, or only for a little while. Others get a good long ride on one treatment before having to pursue another. Some people get cured. In Linnea's case, she's journeyed through quite a few different treatments now, including different TKI's (tyrosine kinase inhibitors like crizotinib). I for one am grateful she is telling her story of persistence, hope, and courage.

Email ThisBlogThis!Share to TwitterShare to FacebookShare to Pinterest
Labels: outlier

Scans and the Prosperity Gospel

"In the health-conscious mind-set that has prevailed among the world's affluent people for about four decades now, health is indistinguishable from virtue..."--Barbara Ehrenreich Natural Causes: An Epidemic of Wellness, the Certainty of Dying, and Killing Ourselves to Live Longer.

I recently read an excerpt from Barbara Ehrenreich's new book here:Why I'm Giving Up on Preventative Care. Her point in the quotation excerpted above resonated with me, especially because I have just finished reading Kate Bowler's memoir Everything Happens for a Reason and Other Lies I've Loved. In her book, Bowler examines how prosperity gospel ideology affects our thinking about illness. When a person becomes ill, especially with cancer, there is something in our Puritan-American DNA that suggests the illness is somehow the sick person's fault, that we've not worked hard enough at doing what it takes to be well. In prosperity gospel terms, we've done something that has put us out of favor with God, hence we have lost His protection against illness. In terms of new age healthism, another kind of prosperity gospel, we haven't eaten organically or exercised properly (tai chi, yoga), or have not taken the right supplements. In the world of ubiquitous medical testing, if only we'd had our regular screenings, we could have found the problem before it was a problem. The repeated message: if you are sick, you are entirely responsible for contracting the illness, and you need to do something to fix it. If it is unfixable, you just need to try harder. Sigh.

In her seventies now, and having survived breast cancer, Ehrenreich has decided to call it quits on most routine medical screenings like mammograms and dental x-rays. She rejects the medicalization of aging and death. While she's not suggesting that all of us forgo this kind of preventative maintenance, she does take issue with the medical-industrial complex that feeds on our fears of illness and death. I admire her strength in walking away from it.

At some point, I know I'm going to have to make decisions about how or even whether to move forward with medical treatments. Stage IV lung cancer patients have to face the likelihood of the cancer's eventual resistance to treatment resulting in metastasis to brain, bones, and other organs. At some point, the disease can become unmanageable; treatment yields diminishing returns with regard to quality of life. Thankfully, I'm not there yet; for now, my treatment is working, and the disease is under control. In fact, crizotinib is working so well, that some days I don't even notice my symptoms, and in the busy teaching days, there are times I even forget that I have cancer. Plus, when my current treatment reaches the end of its usefulness, there are some other options that may work for a bit to push back the disease. So, in my situation, I'm not ready to reject the testing that becomes a major part of Cancerland topography. I'll still get the routine CT scans, the occasional brain MRI, and monthly blood work to make sure I'm staying progression free, or to detect when I am no longer progression free.

The challenge here is in the temptation to live scan to scan. It seems a small way to live, and while I'm not rejecting the scans themselves, I want to reject scan-to-scan thinking. Such thinking is the thief of joy. I also want to reject the ideology that equates sickness with lack of virtue, with somehow not doing the right thing; that notion robs sick people of agency and dignity. I'll none of it. 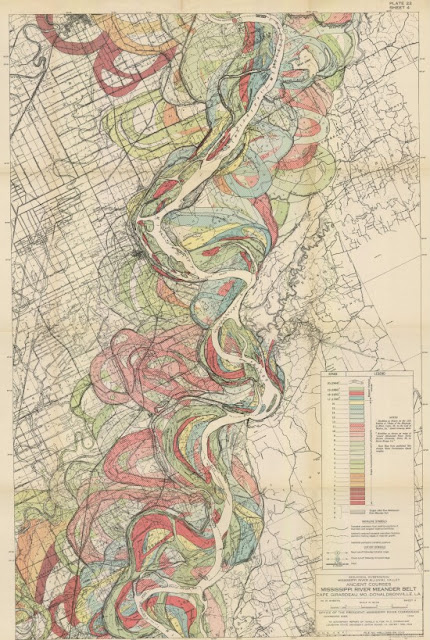